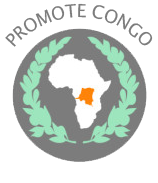 PC has started a new blog. Please check back often to read the latest on what PC is doing and what you can do to continue advancing human rights in the Congo and beyond!

Forced child labor in the Congolese mining industry supports the manufacture of missiles and other weapons systems used in global warfare. Children aged 5 to 17 years are forced to work under poor and dangerous conditions, without safety. They dig, gather, screen, wash, and lift heavy loads of radioactive minerals, including coltan, uranium, cobalt, and others.

Armed groups in the Democratic Republic of the Congo (DRC), who are illegally exploiting minerals to finance their military activities, rely on child forced labor because children are malleable and cannot effectively resist. Recent UNICEF statistics indicate that 43,000 children were working in DRC artisanal mines in 2010.

The circumstances of mining labor produce catastrophic consequences for children. Many are killed in the mines, get ill with sicknesses such as pneumonia and lung disease, are gravely injured so that they cannot work in the future, and ultimately lose hope for a better life.

Coltan is a fundamental material for the production of modern electronics because of its ability to hold high electric charges. It is used in cellular phones, computers, MP3 players, jet engines, missiles, ships, and weapons systems. Electronic manufacturers such as Apple, Dell, Motorola, Nokia, and Hewlett-Packard are among the principal consumers of coltan.

The DRC has 64% of the world’s reserves of this mineral, and 40% percent of those working in the Congolese coltan mines are children. The problem of child forced labor in the Congolese mines emanates from the combination of poverty, political instability (war), lack of schools in the mining areas, ignorance of child labor laws and the dangers of mining work on children’s health, and failure to prosecute child traffickers.

All civilized nations should take action to end human rights abuse in the Congolese mines and to prevent the buying and selling of “conflict minerals” that motivate and finance wars.

Roger-Claude Liwanga is a human rights lawyer from the Congo, co-founder and executive director of Promote Congo Inc., and legal consultant at The Carter Center. Contact him at roger.liwanga@gmail.com.

“The Upcoming Elections in the DRC:
How to Prevent Gender-based Violence”

The question of sexual violence in the Democratic Republic of Congo [DRC], more than merely a local issue, has become a “globalized problem” since 2007[1]. The recognition of rape as a weapon of war is the result of large-scale physical violence emerging from the horrific situation that has been going on in the eastern region of the DRC for more than 15 years.

After a long process of peacemaking and peacekeeping mainly in the eastern region, the country is now growing increasingly more instable, where the risk of relapsing to a new conflict is quite high. In this regard, many analyses including those of the UN have found that there is a risk of violence during the upcoming 2011 Presidential and legislative elections[2]. In fact the last International Crisis Group report on the electoral process in DRC has found that “Instead of signaling consolidation of democracy, the coming elections present at best a logistical problem and at worst a new cause of destabilization for a country”[3].

Promote Congo, through its project “Don’t Touch My Sister,” considering the likelihood of the rate of rape increasing in times of conflict in the DRC, intends to develop and implement a preventive approach in the DRC to protect women during the electoral process and afterwards.

Today, only days before the Presidential and local elections in the DRC, is there any possibility of preventing violence, mainly sexual and gender-based violence (SGBV)? What can national and international leaders do to create an environment free of sexual violence against women, children, and even men during elections?

My analysis intends to examine the capacity of the different institutions involved in the organization of the November 2011 elections to prevent SGBV, but also the capacity of the Congolese population to implement the “Don’t Touch My Sister Project” through solidarity.

The next microloan competition will start in March 2012.

OUR MAJOR PROJECTS INCLUDE:

The Promote Congo Grant – we hold a biannual competition to award microloans for small business ideas.

Education & Advocacy – as part of our Children’s Rights and Women’s Rights programs, we have educational seminars on the biggest human rights issues in the Congo and are working to increase legal protection for victims of human rights violations.

Promote Congo’s director participated in a panel discussion on “The Congo’s Invisible War”, where he spoke about “The Impacts of the Congo’s War on Child Exploitation”. The panel was held at Harvard University.

An article regarding the panel discussion on “The Congo’s Invisible War” is published in Harvard University Gazette. Click here to read the article

100% of donations are used to fund our projects – never administrative costs.

People of all backgrounds and areas of expertise are welcome. Contact us now to find out how you can get involved!

Check back soon to see our calendar of upcoming events.

MAKE A DIFFERENCE AND ACT NOW!